This favorite East coast beach town may just have the highest per capital number of breakfast restaurants and pancake houses in the nation, but if you want more than just the run-of-the-mill breakfast options, head to these local favorites. I’ve eaten at each and every one of these local breakfast places and can guarantee they offer some of the best breakfasts in Myrtle Beach, South Carolina.

Located above the 2nd Avenue Pier and Tackle Shop, this restaurant offers one of the best ocean views on the Grand Strand. If you’re an early bird you can watch the sun rise over the Atlantic while you sip coffee & prepare for a day at Myrtle Beach!

Try one of their unique omelets like the Amberjack, Cobia, Tarpon or Wahoo—all named after South Carolina fish. The Wahoo is my favorite with Andouille sausage, shrimp, peppers, onions, tomatoes, pepper jack and cheddar cheese. The Tabor House Toast is a family-pleasing favorite (not just for kids!) with orange crusted Texas toast filled with peanut butter and bananas.

If breakfast is not your thing, Pier House Restaurant is also open for lunch and dinner. Check out their open-air bar located above the restaurant featuring a wraparound deck with comfy couches & chairs that are great for relaxing while sipping a cocktail and enjoying the sunset.

Owner and Chef Jamie Saunders, a graduate from the Culinary Institute of America with a degree for Baking & Pastry, turns your typical Waffle House menu into a gourmet adventure at Johnny D’s Waffles & Bakery. An array of delicious egg combinations, waffles and pancakes draws a long line of both locals and visitors outside their door, especially on weekend mornings.

Thank goodness they have opened a second location, Johnny D’s Waffles and Benedict’s, because it’s absolutely one of my favorite and best breakfasts in Myrtle Beach! Their menu is extensive, so allow extra time for making up your mind.

For a hearty breakfast try the Crab and Shrimp Omelet with lump crab, shrimp, onion & Havarti dill cheese seasoned with Old Bay & drizzled with a seafood remoulade sauce. But just once you have to try their signature Red Velvet Waffles (drizzled with cream cheese icing and topped with cinnamon sugar & butter) which is to die for.

Another one of my favorites if you have a sweet tooth, is their Coconut Banana French Toast Waffle (three waffle pieces dipped in vanilla bean custard, grilled, then topped with fresh bananas, coconut, cinnamon sauce & cinnamon sugar). It’s nothing less than paradise on a plate.

Owner Larry Cauble spent years perfecting his crepe recipe while living in Europe so that his guests could enjoy freshly made-from-scratch classic crepes and Belgian waffles. But he doesn’t stop with the basics. Cauble steps it up a notch with his savory Crepe Creation Cafe menu choices like the Tuscan Chicken Savory Crepe. And there’s a wide choice of dessert crepes like the Blueberry Farm, Lemon Zest or Stuffed French Toast Crepe.

Can’t decide—create your own made-to-order crepes and waffles at this favorite local hangout. And here’s some info on crepes to impress your friends: “French Crepes are actually something that was celebrated every 2nd of February,” says Cauble. “It was a day where every French home would make a good dozen of lovely Crepes to eat together. It was believed to be for the return of the light (spring is coming and no more long winter nights ahead) and it was called “La Chandeleur.”

The Bistro & Bakery, a favorite of locals since it opened, offers a wide selection of homemade croissants, pastries and muffins, as well as heartier dishes such as their Crab Benedict or Chicken and Waffles. On the sweeter side is one of their house specialties—Bananas Foster French Toast with Croissants′ challah bread, brûléed bananas and rum sauce. Spice your weekend up a bit with their Sunday brunch and Bloody Mary bar. 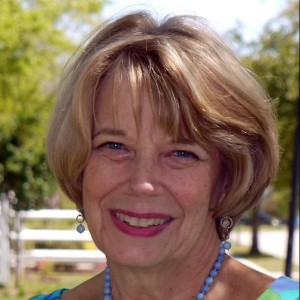 Sandra Chambers has written hundreds of travel & news stories and features for more than 20+ publications and her blog, Southern Traveller. She is a freelance writer for Allegiant Air’s in-flight magazine, Sunseeker, as well as other publications. Moving to the coast of NC 12 years ago, Sandra enjoys walks on the beach with her hubby, sampling Southern fare, photography, traveling, and working on her Southern accent!