Living in the south, I’ve long enjoyed the satisfying combination of chicken and waffles. And, no one does it better than Dame’s Chicken and Waffles in Durham, North Carolina.

I got the chance to talk with manager Teresa Ingram, to learn the history, tradition and future of Dame’s Chicken and Waffles to discover what makes this restaurant such a special part of the Durham community.

History of Dame’s Chicken and Waffles

Dame’s Chicken and Waffles got its start as Blue Mountain Catering in 2010, open just a few days each week. As demand grew, owners Damion “Dame” Moore and Randy Wadsworth closed down the catering kitchen for a few months to rebrand and open the restaurant. At first, they served only ten “chicken inspirations,” which are still on the menu today.

They honor the early history of chicken & waffles, largely credited to jazz clubs in Harlem in the 1940s, serving a similar sweet and savory combination. The décor lends a nod to jazz greats, as does the music playing in the restaurant.

Randy’s wife, Beth, is the inspiration behind the waffle recipe. She tweaked the family waffle recipe to develop different waffle flavors using fresh ingredients as the base for the chicken and waffle inspirations.

Today, the ten original combinations are still on the menu, though restaurant-goers can mix and match to create their own perfect bite. The most popular is the “What a Classy Hen” Inspiration, a chicken cutlet served with a classic waffle and the vanilla and almond shmear. Drizzle with maple syrup or a bit of hot sauce (or both) for a perfectly sweet and savory dish.

I asked Teresa for her personal inspiration. Without hesitating, she said the “Carolina Cockerel,” though she substitutes a sweet potato waffle for the blueberry. She added that the vegan waffle, made with oatmeal and applesauce, is the staff favorite.

Since opening as a restaurant in 2012, Dame’s Chicken and Waffles has enjoyed great success, expanding to four locations in North Carolina.

The original Dame’s was in Downtown Durham, but recently relocated to an expanded space in the new Liberty Warehouse District, still part of downtown but close to Durham’s Central Park. The new space allowed for a larger kitchen and restaurant space. The modern kitchen also serves as a test kitchen for all restaurant locations – and Durham guests are the first to try new menu items, like appetizers and a chicken sandwich on brioche, both coming soon.

Hours vary by day of the week, so check the website for that information.

Besides serving great chicken and waffles, the restaurant’s success can be attributed to Randy’s management style. Teresa is a great example of that.

Teresa started at Dame’s in 2012 while still in college, working as a hostess, and worked her way up through the ranks. She is now the manager of their flagship restaurant in Durham. She said that Randy meets with management and staff to help them set individual goals and set steps to achieve them. Teresa hopes to own her own location one day and is learning all she can right now to make that dream come true.

It’s not just Teresa, though. Dame and Randy, who met in college at the University of North Carolina at Greensboro, have established a scholarship fund for Bryan School business students at their alma mater. They recognize that great talent needs to be developed, and want to give back to the school that helped them become the success they are today.

What About the Shmear?

The shmear, made of whipped butter with fresh ingredients added in, is undoubtedly a special part of Dame’s Chicken & Waffles. There are seven different flavors: Strawberry-crème, Chocolate-hazelnut, Blueberry, Vanilla-Almond, Orange-Honeycomb, and Peach-Apricot, but the most popular is the maple-pecan. Peach-apricot comes in second.

As to the origin of the shmear, Beth (the waffle recipe creator) went to culinary school with “Dame.” Dame came up with the idea for flavored butter to go with the waffles. Beth and Dame brainstormed the idea and it became a cornerstone of the Dame’s menu. They have absolutely no idea how the name came about – that’s a lost story!

I asked Teresa to share tips for first-time restaurant-goers and she gave three pieces of advice:

Teresa said the classy hen cutlet is the easiest inspiration for beginners. The flavor profile is exactly that, classic chicken and waffle.

At the other end of the spectrum is the frizzled fowl, a panko-crusted chicken cutlet served with a classic waffle, blueberry shmear, and drizzled with almonds and plum sauce. The teriyaki-soy duck sauce gives this an Asian flair that some like, but some don’t.

Teresa added that for those who want to try something different, but still somewhat safe, the Orange Speckled Chabo is a good choice. This one pairs a chicken cutlet and sweet potato waffle with an orange-honeycomb shmear and drizzled with honey dijon.

Each chicken and waffle combination comes with a side dish. The most popular, hands down, is the macaroni and cheese, which is housemade with savory herbs. Grits are a close second.

During my interview, I got to try a vegan waffle (divine) with a chicken cutlet. Teresa brought me every one of the shmears and also each of the sauces so I could taste it all. I have never had so much fun playing with my food! Based on that, I recommend that each person in the group order a different shmear (and sauce) so you can mix and match flavors, too!

While the restaurant’s focus is chicken and waffles, Dame’s Chicken & Waffles does offer vegan, vegetarian, and gluten-free options, though none of the waffles are gluten-free. Menu items are clearly marked, so guests know what’s available to them.

For those with other specific food allergies, the kitchen staff is trained to change gloves and use a separate workstation to food preparation. Be sure to let the server know your allergy ahead of time.

Special thanks to Teresa Ingram and the Durham location of Dame’s Chicken & Waffles for their time and all the great food!

Article from Karen Dawkins of Family Travels on a Budget.

Read more from Karen at:

St Simons Island: Where to Eat, Drink, Stay, and Play 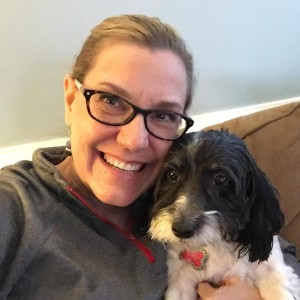 Karen, a southern transplant from Ohio, is the creator of Family Travels on a Budget, an extension of that on-the-job-training where she shares travel inspiration for budgets big and small. She writes about the places she visits, sharing reviews & tips to help families plan their own vacations. She enjoys adventure, historical attractions, arts & culture, lakes, beaches, theme parks, and cruising.