Why Gulf Shores Is Becoming Such a Popular Vacation Spot 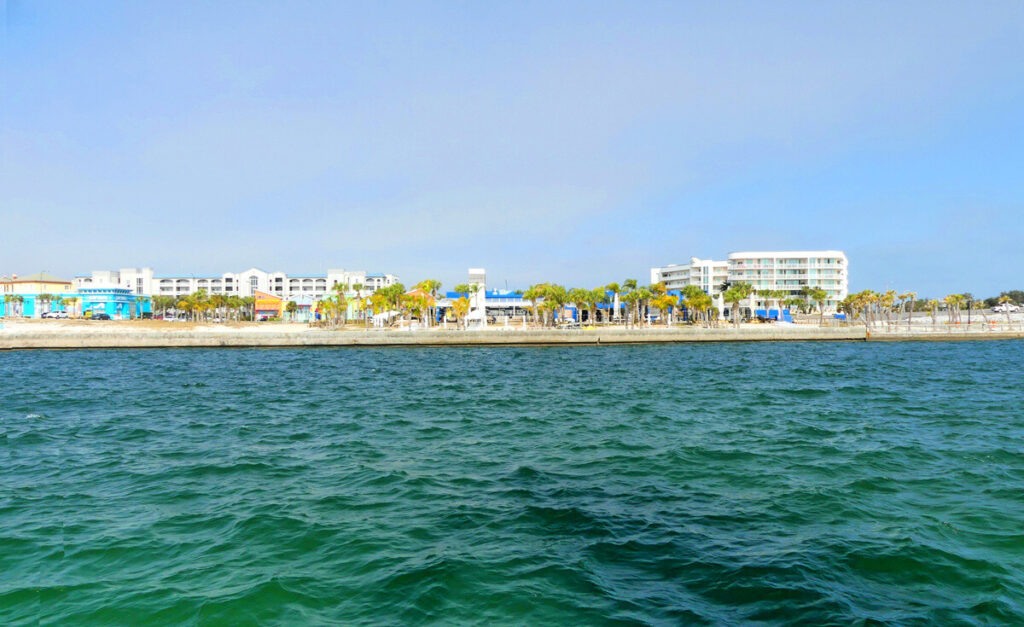 Gulf Shores, Alabama, is quickly becoming one of the South’s most popular vacation spots. There are lots of good reasons for it, including excellent lodging choices, delicious food, and awesome attractions.

Instead of staying in a traditional hotel or motel, Gulf Shores offers a lot of other choices. On a recent visit, I stayed with three friends in Turquoise Place by Spectrum Resorts. It’s a condo right on the Gulf of Mexico. We were on the top, 30th floor. What a view!

For more outdoor minded visitors, Gulf State Park offers cabins, a beachfront lodge, or RV or tent camping. It’s so much more than a park; more of a resort with a nature center filled with exhibits and actual wildlife. Then there is the large pool with a splash pond, tennis courts, amphitheater, beach pavilion, interpretive center, dog park, and more. Gulf State Park also has a lot of bike trails and a free Share-a-Bike program.

There are two restaurants in Gulf State Park. We visited one, Woodside, and sampled their desserts. I had a S’Mores Jar since the fire-pits were being renovated, and the typical S’Mores could not be done over an actual fire.

Want more Orange Beach? Check out these 5 festivals you won’t want to miss.

Your choices of things to see and do in Gulf Shores are so varied. Fort Morgan is heaven for history buffs. The first fort was constructed in 1813 to guard against a possible British attack. Called Fort Bowyer, it was attacked twice by the British during the War of 1812. Civil War saw more action there. During WWI, Fort Morgan served as a training base, and during WWII, it provided coastal defense against German warships in the Gulf.

On the way to and from Fort Morgan, you’ll pass Sassy Bass Amazin’ Grill, a perfect dining choice. For breakfast, try the French toast and for lunch, the Peel -and-Eat Shrimp are delicious. Sassy Bass also specializes in Navy Cove Oysters from their own local oyster farm.

For the nature lovers, a Dolphin Cruise with Sail Wild Hearts is a must. They take you out into the Gulf where you will almost assuredly spot some dolphins. We were running from one side of the boat to the other watching the sea dwelling mammals dance in the water.

While you’re there, stop in at The Gulf, a waterfront seafood restaurant built from recycled shipping containers. You can eat on the patio or at a picnic table on the beach.

Another natural spot to watch our animal friends frolic is the Alabama Gulf Shores Zoo, better known as “The Little Zoo That Could” from a prime-time documentary that told of the zoo’s heroic move of its animals to safety during Hurricane Ivan in 2004. All of them except Chucky, the alligator. They found him safe when they were able to return, and he seemed to enjoy all the flooding. The zoo today has moved to higher ground and provides environmentally friendly habitats for all its animals. It offers encounters, as well as just observing. I took the Sloth Encounter and got to pet the male and watch the female with her baby at close range.

While you’re at the zoo, dine at Safari Club—Alabama’s first certified “Green” restaurant. The wood-fired pizzas are great.

Of course, just hanging out on the beach if you’re a beach bum at heart is a no-brainer here. There are 32 miles of white sand beaches in Gulf Shores, Alabama.

Food and Shopping in Gulf Shores

If you’re an aspiring chef, take a cooking class with Chef Nick or one of the other chefs at Cobalt Restaurant. We learned to make a tasty Lebanese chicken dish called Shish Tawook with Chef Nick.

Shoppers will always find something they love at The Wharf, a combination shopping, dining, and entertainment destination.

There are a few other restaurants you will love in Gulf Shores. LuLu’s, owned and operated by Lucy Buffett, Jimmy Buffett’s little sister, is a coastal tradition since she first opened in Fairhope in 1999. In 2004, she moved to her new location in Gulf Shores and is serving recipes she garnered from her years cooking in New York, New Orleans, the Caribbean, Key West, and Los Angeles. She also works as personal chef to several movie personalities. The food is fantastic, and the atmosphere is even more so.

For upscale dining, try Voyagers (at Perdido Beach Resort) or Fresh Off the Boat. Both are on the water. Voyagers Chef Brody Olive was named Alabama Restaurant and Hospitality Association (ARHA) Restaurateur of the Year in 2020. Fresh Off the Boat specializes more in seafood, and Voyagers in steaks.

For breakfast, Brick and Spoon is hard to beat. There is a decided Louisiana flavor here. I had the Bananas Foster French Toast, and a friend had the Wild Mary, a Bloody Mary with a salad on top.

Yes, no matter your tastes, there is something you will love about Gulf Shores.

Article written by Kathleen Walls of American Roads and Global Highways. She was hosted by Alabama Beaches Tourism in order to write posts about the destination.

Read more about Alabama in these posts:

An Amazing Weekend in Florence