Yes, I am a resident of Dallas, but there are plenty of reasons to visit the city with nothing to do with my residency. Dallas is a sophisticated, cosmopolitan city that retains the traditional hospitality of the south. After a long stretch of COVID-19 closures and lockdowns, Dallas is looking forward to welcoming visitors back, and there are plenty of places and activities to consider.

The beautiful Dallas Arboretum is a treat any time of the year, but there are always special events going on. Fall is an especially amazing time at the arboretum! Named as “The best pumpkin patch to visit with family this fall” by The Pioneer Woman, Autumn at the Arboretum, presented by Reliant Energy, returned with a “Bugtopia” theme from September 18 through October 31. The fall festival features the nationally acclaimed Pumpkin Village with 20-foot-tall, decorated pumpkin houses created with more than 90,000 pumpkins.

Dallas always hosts the Texas State Fair at Fair Park in downtown, and Big Tex watches over it all. The fair was back bigger and better than ever, September 24-October 17, 2021. Texas has the absolute best and the biggest fair in the country (as you know, everything is bigger in Texas).

The Texas State Fair must be experienced to be believed—it represents the very best of Texas, new and old. There are still the livestock contests, the ostrich and pig races, car shows, BBQ and Chili cookoffs, and bizarre fried foods like “fried margaritas”. The Texas State Fair even has a cooking school called the Big Tex Cooking School, guaranteed to teach you how to fry your favorite fair foods. The classes are taught by the very people who made the food famous at the Texas State Fair.

The Dallas Arts District takes up 69 acres in the city. The city’s cultural heart, the art district, is famous for the Meyerson Symphony Center, the Winspear Opera House, Dallas Museum of Art, and the Nasher Sculpture Center, which also houses the Crow Collection of Asian Art.

The Perot Museum of Nature and Science has become an educational center of the city. We cannot forget the museums of Fair Park: The Women’s Museum, African American Museum, Natural History Museum, Texas Museum of Automotive History, and many more. The Sixth Floor is an important historical museum giving the history of the assassination of John F. Kennedy. The city never tore down the School Book Depository or Dealey Plaza. While the city is not proud of the event, it does not ignore that an American President was assassinated here.

Then there is Klyde Warren Park. Dallas is in love with this unique park created on top of Woodall Rodgers Freeway in downtown Dallas. It is a beautiful green space in the city, and it is known for its food trucks, dog park, Botanical Gardens, and Children’s Park. The Klyde Warren Park is nestled between the Arts District and Uptown, and is a favorite spot for outdoor yoga, lunch, and people watching.

Dallas is a foodie’s dream come true. Did you know that Bon Appetit named Dallas the 2019 Restaurant City of the Year? I cannot begin to describe every restaurant in Dallas because there are so many of them. From farm-to-table to Tex-Mex, any type of food you desire is here. A couple of my favorite iconic Dallas restaurants are Nick and Sam’s Steakhouse and Rise.

Nick and Sam’s Steakhouse was founded in 1999 by Phil Romano and has become one of the most popular restaurants in Dallas. Nick and Sam’s has exceptional prime steaks, chops, seafood, and world-class sushi, in addition to the best selections of Japanese Wagyu in the country. They boast a wine list of 500 labels, and I can attest to their outstanding customer service. Every guest at Nick and Sam’s is treated like royalty.

Rise is a soufflé restaurant. If you thought that souffles were only dessert items, think again. Rise has the most delicious savory soufflés you could imagine! Depending on the season you can enjoy creations like crab and lobster, salmon, herbs, and spicy sausage, or truffle-infused mushrooms. The Marshmallow Soup is the restaurant’s signature, and I can’t ever resist Andre’s Artichokes with Hedda’s family sauce. Of course, you must finish your meal with a sweet soufflé!

I don’t know about anyone else, but I absolutely love one-of-a-kind boutique hotels. The standout in town is The Joule Dallas on Main Street in downtown Dallas. The Joule is unique with its dramatic art, restaurants, and world-class spa. The Joule revitalized a neo-Gothic landmark building in the heart of Dallas. It does not hurt that it is located next door to the downtown Neiman Marcus, a longtime shopping mecca for Dallas style.

Read more from Tam in these posts:

5 Things to Do in Lovers Key State Park, FL 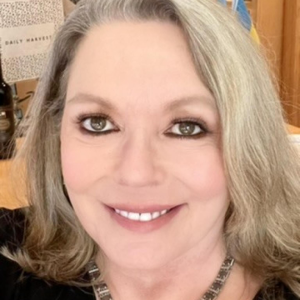 An Inro to Cleveland, Tennessee